Despite the apparent ambiguity in the stances on Brexit adopted by the Conservatives and Labour during the campaign, it appears that voters’ views about Brexit did influence how people voted in the 2017 election. This had implications for the values that were reflected in how people voted. 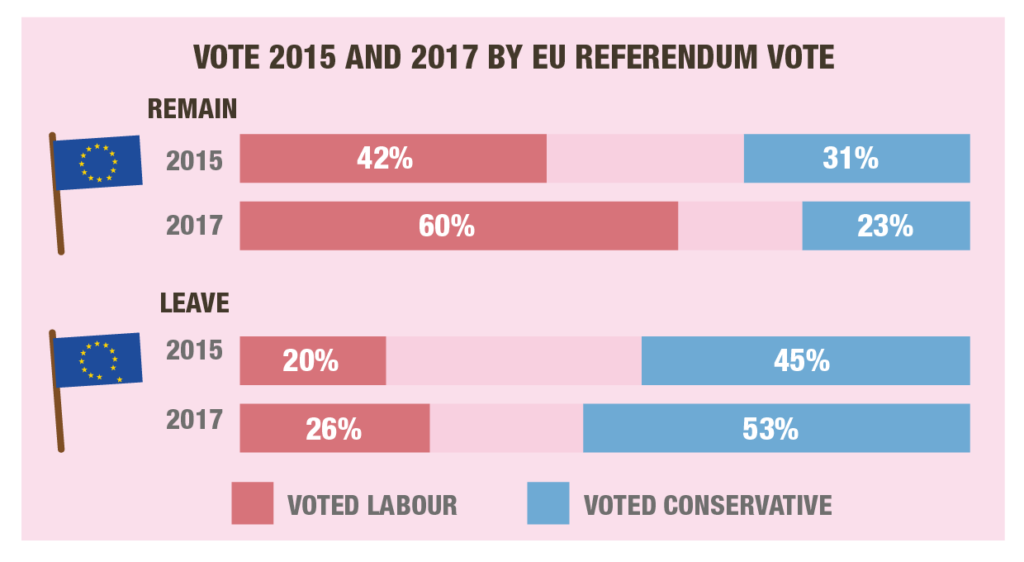 As a result, the distinction between whether someone is a social liberal or a social conservative
came to be reflected much more in whether people voted Labour or Conservative. 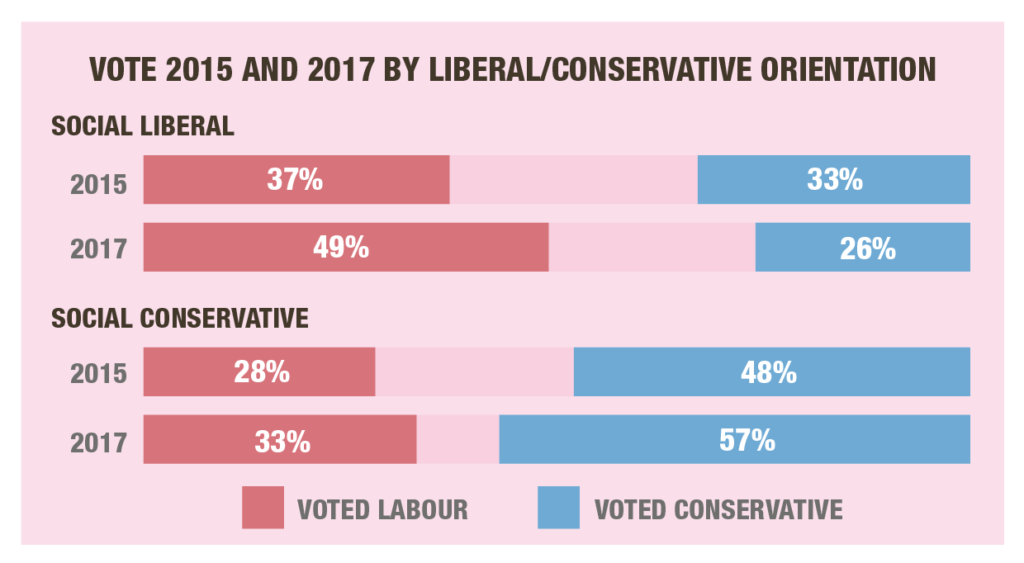 Reflecting the pattern of the Brexit vote, age not social class is now the main demographic dividing
line in British politics. 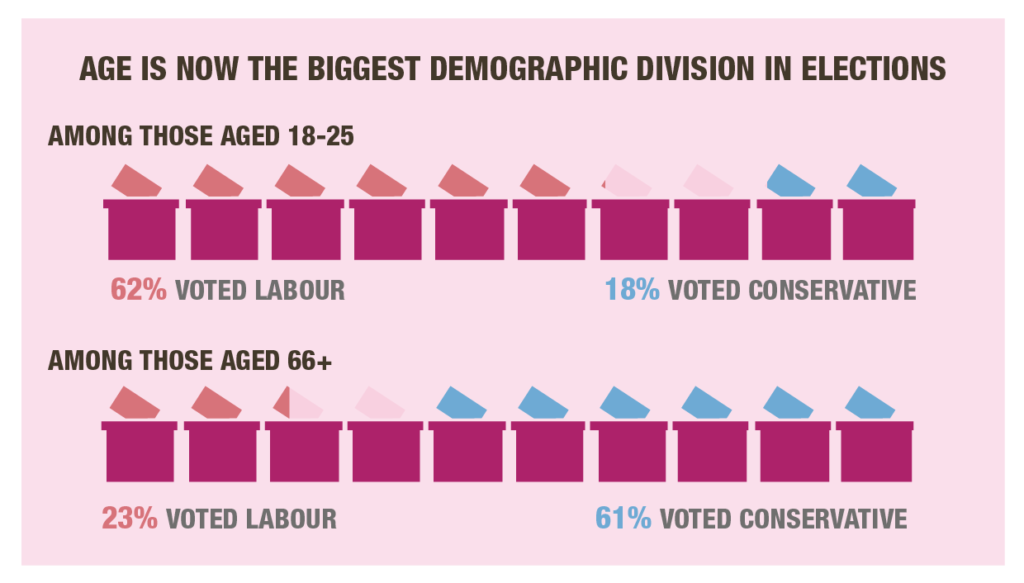 Lessons from the ‘Brexit: What The Nation Really Thinks’ Poll

How Brexit Became A Problem For Nicola Sturgeon