Have the Politicians Delivered? Voters’ Judgement on The Brexit Process

The UK has decided to leave the EU, thanks to a vote in a referendum held in June 2016 in which 52% backed leaving, while only 48% said that they wanted to remain. During the last two years, the UK and the EU have endeavoured to give effect to that vote. To date, they have negotiated both a treaty that defines the terms and conditions under which the UK would leave and an agreement that outlines what the UK’s future relationship with the EU might be. These, the fruits of the first phase of a two-phase process, were unveiled in November and since then have been the subject of intense debate about whether the ‘deal’ should be accepted or not. This is therefore an appropriate moment at which to assess how public attitudes towards Brexit have evolved during this process and to ascertain what judgement they have reached about what the negotiations have so far achieved. In particular, it is time to ask whether voters – and especially those who voted Leave – feel that the process that has been undertaken with a view to implementing their instructions has been a success or a failure.

Read the full report: Have the Politicians Delivered? Voters’ Judgement on The Brexit Process.

This analysis paper is published concurrently with the latest British Social Attitudes data on public attitudes towards Britain’s relationship of the European Union, which can be downloaded here (PDF).

Over four in five voters believe that the UK government is handling Britain’s exit from the EU badly. 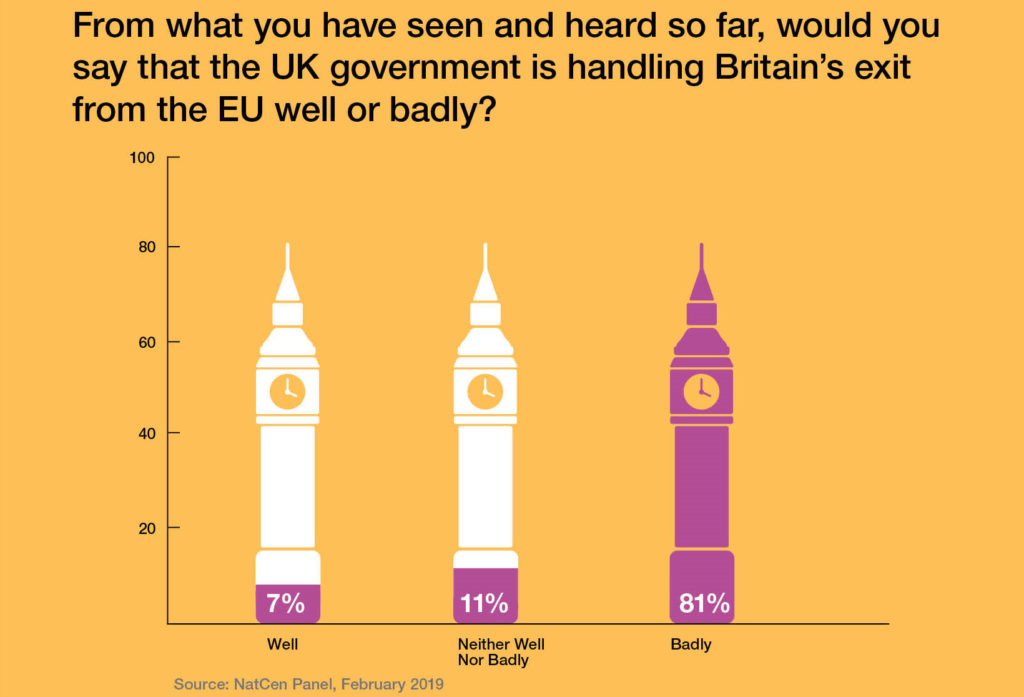 Those who voted Leave in 2016 are now almost as likely as those who voted Remain to feel that the UK government has handled the Brexit process badly. 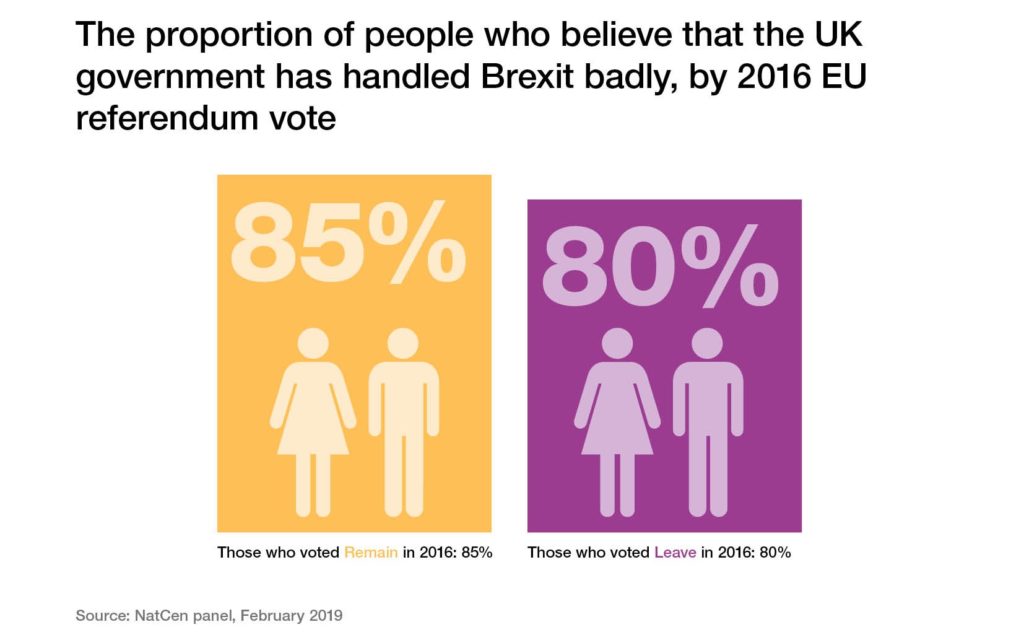 The proportion of voters who expect the UK to get a good deal out of the Brexit talks has now fallen to 6%, having stood at 33% in February 2017. 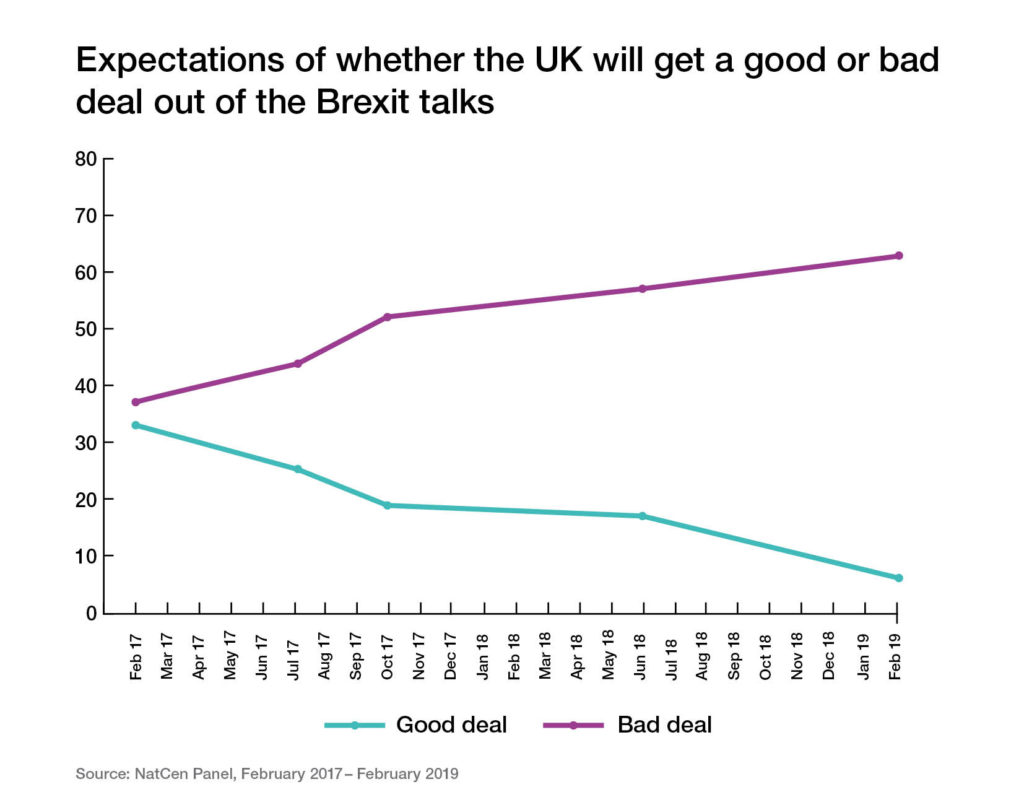 Read the full report: Have the Politicians Delivered? Voters’ Judgement on The Brexit Process.

Download the complete tables: Have the Politicians Delivered? Voters’ Judgement on The Brexit Process – Appendix.

Have The Brexit Talks Delivered What Voters Want?

How Voters Have Viewed the Article 50 Process