Just 15 Months To Go: What Scotland Is Making of Brexit

The debate about Brexit has a particular resonance north of the border. Unlike England and Wales, where a majority voted to leave the EU, Scotland voted – by 62% to 38% – in favour of remaining in the EU. This report examines whether voters in Scotland hold different views from those elsewhere about what shape Brexit should take, and looks at what people in Scotland think should happen to those policy areas, such as fishing and farming, which are currently devolved but at present are largely determined by EU decisions made in Brussels.

Read the full report: Just 15 Months To Go: What Scotland Is Making of Brexit

A majority of voters in Scotland would like the UK to maintain free trade with the EU but end freedom
of movement. However, they are more likely than voters south of the border to prioritise free trade than
immigration control. 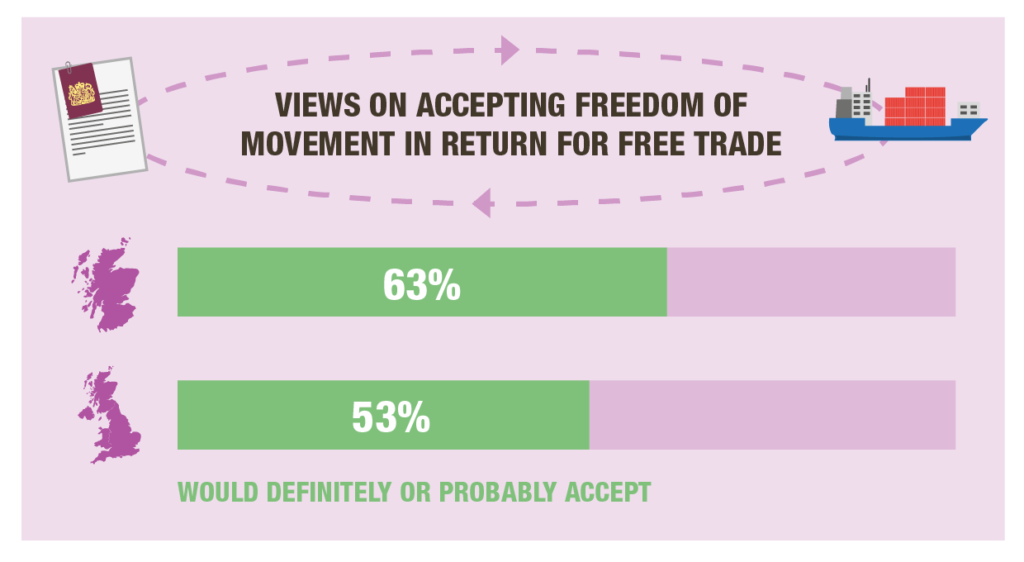 People in Scotland have become more critical of the way that both the UK government and the EU are
handling Brexit.

But a majority of voters in Scotland think that, after Brexit, the rules on trade with the EU and on immigration
should be the same in Scotland as in the rest of the EU.

Just 15 Months To Go: What Scotland Is Making of Brexit

Time For Some Rethinking in Scotland’s Brexit Debate?