Now that the transition period is over, leaving the EU presents the UK with a new set of policy options and choices in those areas of public policy that hitherto have currently largely been determined by decisions made in Brussels.  In an extension of the work we have been undertaking on public attitudes of relevance to the Brexit process on this site, we are pursuing a research project on the choices that the public think the UK should make in the wake of its departure from the EU. 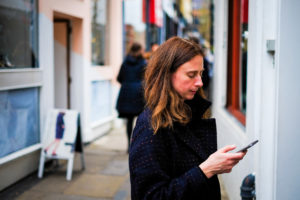 Future of Britain after the EU Referendum project is focusing on three subjects – immigration, food policy, and consumer regulation. What do voters think the rules on immigration should be given that Brexit implies ending ‘freedom of movement’ between the UK and the EU? What regulations should govern how food is grown, produced and sold in the UK once it has left the EU? And what should happen to consumer regulation, where the EU has, for example, outlawed the sale of incandescent light bulbs and the imposition of mobile phone roaming charges?

However, this project is not being pursued through conventional survey research, in which a representative sample of adults are asked for their immediate response to a set of survey questions. Because many of the rules in which we are interested have hitherto been set in Brussels, our topics have typically received little in the way of extended public debate.

Instead, we are ascertaining what the public think about these subjects after they have had an opportunity to consider and debate them. To that end, the project is being pursued via Deliberative Polling. Under this approach, a representative sample of adults are brought together both to debate the issues among themselves (supported by impartial briefing materials), and to interrogate experts who represent a diversity of views. The impact of this process on people’s attitudes is measured by inviting participants to undertake a survey on the subject matter of the poll both before and after the deliberation. 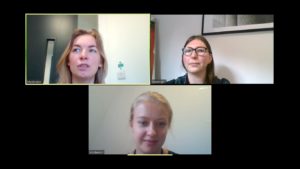 Traditionally undertaken face to face, in this project we have conducted an online poll in which participants interacted with each other and with the experts virtually using videoconferencing software. A pilot exercise was held in May 2019, followed by a full-scale event at the end of June.

We had planned to undertake a second Deliberative Poll in June 2020 in which people would meet face to face in Birmingham. This would have enabled us to compare the results of online deliberation with those of our face to face exercise. However, due to the coronavirus (Covid-19) outbreak, we had to postpone this part of the study and instead move our plans back online.  We subsequently ran a second online poll in October 2020.

While doing this means we are not able to pursue our original aim of comparing the effectiveness of face to face and online deliberation, it will enable us to assess the consistency of the impact of deliberation across multiple, independent events, an issue to which relatively little attention has been paid so far in deliberative research. At the same time, combining the data from across the various events provides us with access to a larger data set that is better able to identify statistically significant changes in the distribution of attitudes.

Participants to the two exercises were recruited from respondents to surveys conducted via NatCen’s mixed-mode random probability panel. One by-product of this approach is ‘conventional’ survey data on our three topics, on which we also report, as well as what people think after deliberating. Meanwhile, the whatukthinks website is now tracking polling data on attitudes towards immigration, food policy and consumer regulation in much the same way that hitherto it has collected data of relevance to other aspects of the Brexit debate. Findings from the project will appear in the form of occasional blogs and analysis papers on this site.

The project is being undertaken by John Curtice, Chief Commentator at whatukthinks.org/eu together with Ceri Davies, Research Director at NatCen, James Fishkin, Director of the Center 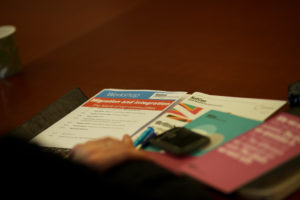 for Deliberative Democracy, Stanford University, Robert Ford, Professor of Politics, Manchester University, and Alice Siu, Associate Director at the Center for Deliberative Democracy. Their work is being supported by an independent Advisory Board under the chairmanship of Bobby Duffy, Director of the Policy Institute at King’s College, London. Funding has been provided by the Economic and Social Research Council as part of its Governance after Brexit initiative directed by Dan Wincott, Professor of Politics at Cardiff University.